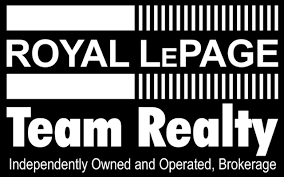 As the name infers, this plumbing product was used in attempts to reduce or inhibit rusting. And that it does. However these pipes are not rust proof. Galvanized pipes are usually found in homes over 50 years in age. Commonly, these pipes will rust from the inside out. The pipes can corrode at any time however this rust accumulates over decades. Sometimes if the water is not in use and then turned on you can see that the water is brownish in colour or that fixtures have become rust stained. Although the water pressure can be reduced the volume of water is often restricted too from the rusting. This occurs as a result of the pipe rusting on its interior and becoming smaller and smaller over time. Eventually the pipe becomes blocked or worse yet bursts. Ultimately these pipes must be replaced as they have a life span of about 50 years. It is important to note that some insurance companies are now refusing to provide home owner's insurance on houses with this type of plumbing.

The primary source of lead in drinking water is the distribution system, including plumbing in the home or other buildings, which can introduce lead from lead pipe, lead solder, or fixtures with lead alloys. Lead can also be found in the piping and submersible pump systems used in private wells.

Solder used in plumbing for potable water supplies must not contain more than 0.2& lead. Click Here For More Information (pdf).

Search our listings and find your dream home or next investment opportunity!

If you need assistance selling a house, fill out this form and we will help you evaluate your home's worth!

Whether you're seeking your first house, or your dream home, we can help!